Officials with the Red Deer Arts Council are ecstatic this week after recently receiving a $10,000 grant from the Red Deer and District Community Foundation for their Hub 2.0 programming initiative.

Council officials say the new programming will begin in September, with hopes of brining back some of what The Hub on Ross previously brought to the community.

“In doing so, hopefully we’ll be able to expand the funding even further in future years and make a new Hub for people that’s inclusive, welcoming, accessible and all those other good things,” said Suzanne Hermary, Coordinator with the Red Deer Arts Council.

The first program planned for ‘Hub 2.0’ is the Strum and Drum program with local musician Dean Ray that Hermary says often attracted the largest crowds at The Hub on Ross.

“He can play pretty much any song you request of him,” chuckles Hermary. “But everybody gets a drum or a shaker or tambourine or something and plays along with him, so he’s singing and playing his guitar and everybody else is joining in the fun and being a part of the action. So it’s just an hour of laughs and rhythm and sometimes lack thereof.”

Other programs planned for revival include the Theatre Games program previously led by former Hub employee Jason Steele, as well as the Mixed Media program.

“Inclusive, accessible, welcoming, equity, diversity, all those things are sort of what we really aspire to have,” adds Hermary. “As an arts council, our main focus is supporting artists and the arts community and in doing that here, we’re encouraging creative thinking and play, and imagination throughout all of these programs. But at the same time, we’re also supporting artists by creating paid work opportunities and creating advocacy opportunities, so all of those things really align well together.”

Hermary says the grant funding will be used to cover rentals, supplies, musical gear, paying for artist fees, and any other costs associated with offering the programs. A $3,000 grant has also been received from the City of Red Deer Arts and Culture Services department.

Hermary hopes that once The Hub 2.0 is up and running in whatever location it may be, that its programs will once again fill a major void left in the lives of those who once enjoyed them.

“They’ve really felt a loss of community more than anything. The arts are meant to make our lives better. They’re what we clung to last year when everything fell apart. It’s the freest method of expression.”

Launched on May 19, 2020, we’ve invested $632,089 through the ECSF since March 2020 to fund local charities and qualified donees supporting populations experiencing heightened vulnerability during this crisis. 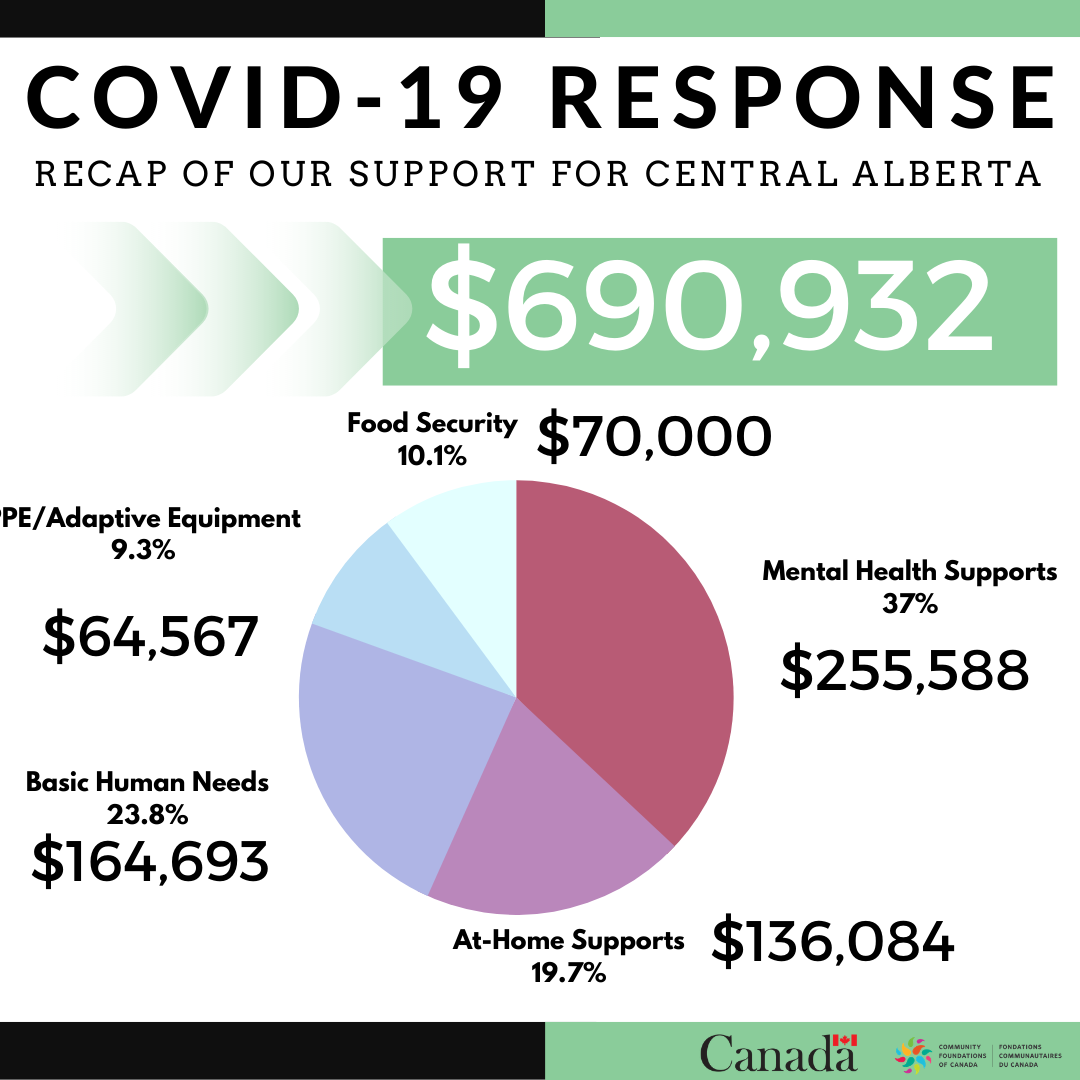