Post-secondary scholarships of $5,000 in memory of William Arthur Bower available in Spring of 2022 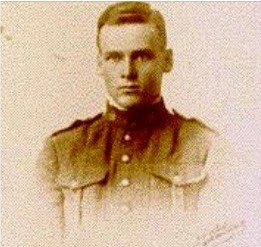 The Red Deer & District Community Foundation is pleased to announce the launch of a new scholarship opportunity created in honour of William Arthur Bower, an early Red Deer resident who lost his life in World War I. The scholarship, which was made possible through a $1M donation from Arthur’s nieces, Ruth and Dorothy Bower, will not only support local students to further their education, but also perpetuate the memory of one of the many Canadians who died in the name of their country.

“Ruth and Dorothy have created this scholarship in memory of their Uncle Arthur,” Rob Porkka, Education Consultant and spokesperson for the Bowers said.   “Arthur Bower, a Red Deer High School graduate, was committed to advancing his own education before he left Canada as a member of the Canadian Expeditionary Forces during World War I. He passed away in combat at 22 years old and it is this ultimate sacrifice that Dorothy and Ruth intend to honour with the scholarship that bears his name.”

“The cost of post-secondary education continues to be a significant barrier for many of our residents, but with this scholarship, the door of opportunity has been opened,” Erin Peden, Executive Director of the Red Deer & District Community Foundation said. “We are in awe of the thought and care that has been put into this legacy. This is a perfect example of what investing in our community looks like; through this scholarship our students will have the opportunity to learn, remember and respect the past while they confidently step into the future.”

The scholarship was announced at the Remembrance Day Ceremony on November 9, 2021, at Lindsay Thurber High School. Applications will be accepted beginning in January 2022, with the first five scholarships awarded in June 2022. Students are to see their school guidance counsellor for more information.