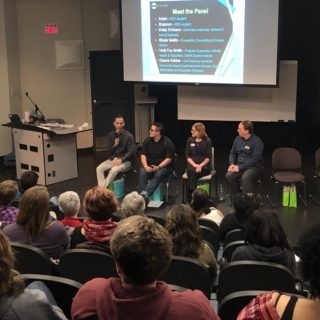 On January 22, 2019, over 100 students and community members discussed mental health portrayals in the media and the impact of stigma, then watched three short films from the Art with Impact library. Each of these short films were followed by small and large group discussions. Themes that arose out of these discussions included: the impact of cultural stigmas on young people reaching out for help, how strong audio and visual elements of a short film can help portray the experience of anxiety, as well as some reasons why people may not seek support for their mental illness.

Attendees also discussed actions they could take after watching and engaging with films, such as to be mindful of language and speech awareness that mental health is okay to talk about. Attendees then heard from two Red Deer College students who spoke about their own experiences with a mental illness, followed by a chemistry professor at RDC who shared her journey about navigating her mental health a post secondary and advocating for student health. They also heard from an on-campus counselor as well as someone from the Suicide Information and Education Services.

Through this project, the attendees were given increased awareness of the complexities of mental illness and were shown the importance of reducing internalized stigmas related to mental health.

In the Fall of 2018, the Red Deer & District Community Foundation was able to grant $2500.00 from our Smart & Caring Community Fund towards this worthwhile project. 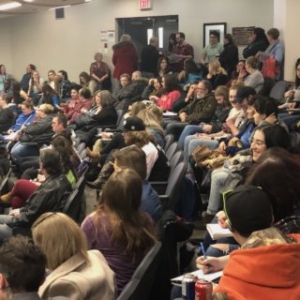