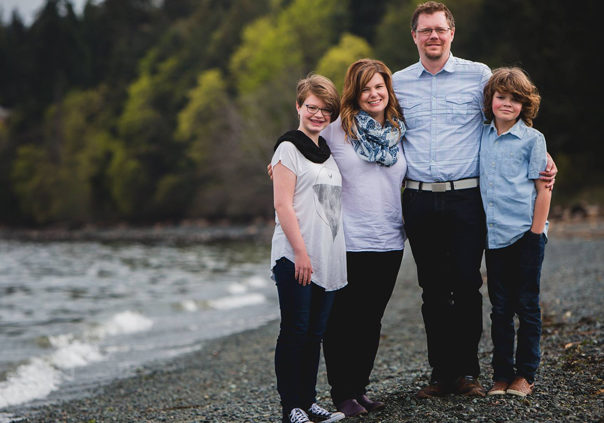 The Anderson Family Fund was created in 2011 by Doug and Erin Anderson, who wanted to build a flexible fund that would provide much-needed resources to valuable community organizations and initiatives.

A long-time volunteer and community advocate, Doug believes that the RDDCF provides everyone with the opportunity to give, regardless of the size of gift, to any cause. Both Doug and Erin also believe in passing on the legacy of giving to their children. By establishing a fund, the Andersons can share those values with their children as they support the community as a family. 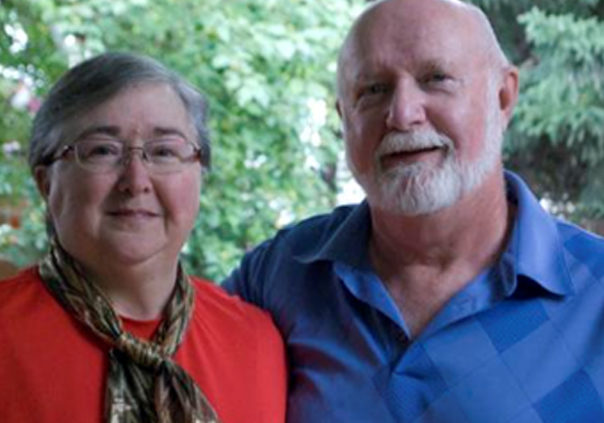 The Vogelzang Family Fund was created in 2010 by John and Casey Vogelzang to provide much-needed resources for aboriginal youth to attend the annual Dreamcatcher Aboriginal Youth Conference at Grant MacEwan University.

The Dreamcatcher Aboriginal Youth Conference offers aboriginal youth from across Canada the opportunity to come together and learn about educational and employment opportunities, while celebrating their culture and making new friends. The goal of this conference is self-empowerment, and in creating this fund, the Vogelzangs helped in that empowerment as these young people built their skills, confidence, and connections.

Through a donor advised endowment fund, which allows donors to participate in selecting grant recipients, the Vogelzangs made a five-year commitment to provide bursaries so aboriginal youth could attend the conference. They felt that this type of fund offered the best opportunity for success and long-term sustainability, thanks to administrative support, other donations and investments, and increased community awareness. 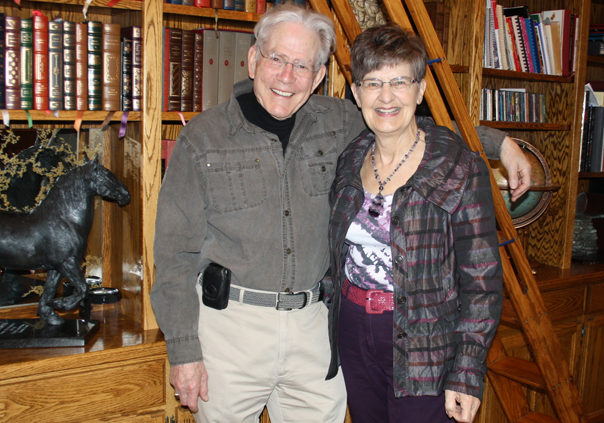 The Ford Family Endowment Fund was created in 2013 when long-time Penhold residents Stewart and Eileen Ford donated $500,000 to invest in the future of students graduating from the Penhold Crossing High School, to pursue post-secondary education.

For Stewart, whose parents were teachers, and Eileen, who taught briefly at Penhold School, this fund is a tribute to the value of high-caliber education opportunities in small rural towns. Their grandchildren have attended Penhold School, and thanks to initiative of the Town of Penhold, their oldest grandchild was part of the first grade 7 class at Penhold Crossing High School.

In the Ford family, giving back to the community has always been a way of life. From a young age, Stewart learned that his hard work could be used to do good things for other people, and through this scholarship fund, the Ford family legacy of philanthropy will live on in perpetuity. 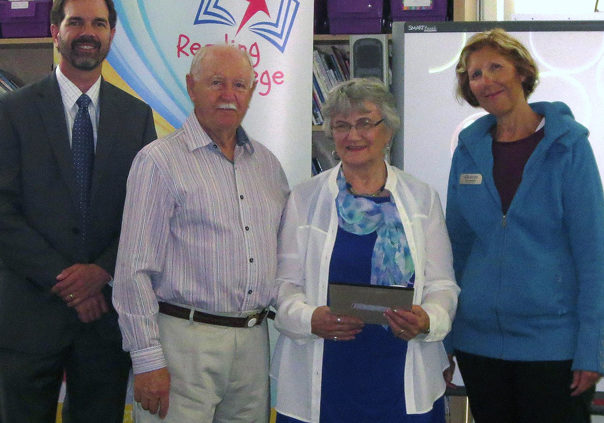 Launched in 2012, the Reading College Program helps grade 2 students who are struggling with reading by helping them build their reading and writing skills, along with their knowledge, confidence, and creativity. Over the course of 22 days spent at the Red Deer College campus, these young Red Deerians learn about future careers, participate in community activities, develop life skills, and have a whole lot of fun.

Both Tom and Joan have seen the impact of this program first-hand and how it creates life-changing opportunities for these young students. Through this open fund, generous organizations, businesses, and citizens like the Chapmans are able to enhance the quality of life for our youth through improved literacy now and into the future. 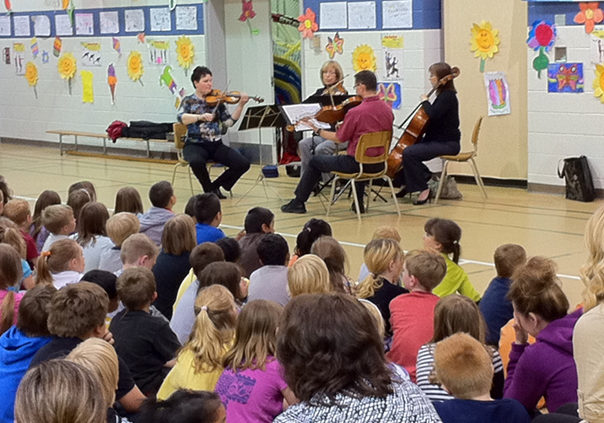 These well-established programs have become extremely popular in central Alberta as a result of the originality and accessibility of the material they present. For many of the students, this is their first experience with live classical music, and many teachers incorporated the elements of the presentation into their school lessons in order to maximize the impact it has on the students.

The RDSO In-School Programs are interactive, engaging, and memorable experiences for the students. 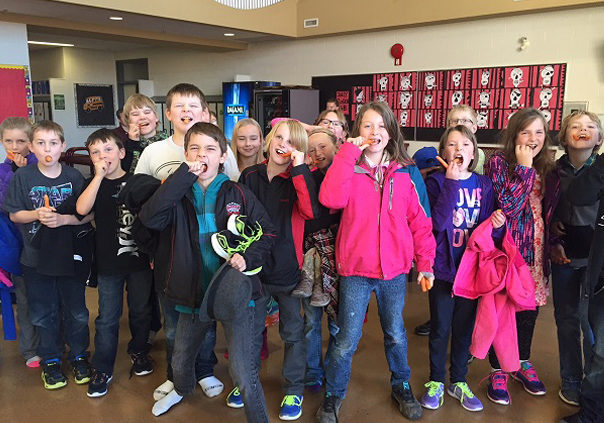 Approximately 30 per cent of elementary students and 60 per cent of high school students attend school in Canada with little or no nutrition. The Sundre Nutrition for Learning Society’s in-school nutrition program aims to ensure that all kids receive the proper nutrition to sustain them throughout the day.

Sundre and the surrounding rural communities do not have easy access to a Food Bank, and because of the ongoing economic struggles in both the oil and agricultural industries, teachers were seeing an increase in the number of students coming to school without lunch.

The Sundre Nutrition for Learning Society believes that the responsibility for making sure all children are able to reach their full learning potential rests within the community. The society also strives to act as a means of intervention on the lifestyle choices of the community’s youth, by reinforcing healthier food habits both at school and at home. 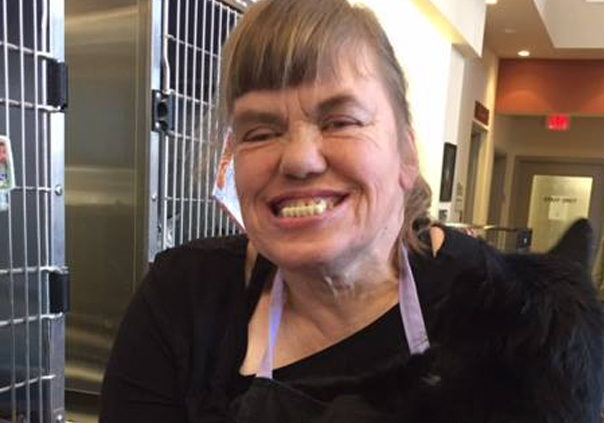 The Red Deer & District S.P.C.A.’s Adult Assisted Volunteer Program provides individuals with special needs the opportunity to volunteer in the S.P.C.A. facility, allowing this vulnerable segment of the population to find a position of pride within the community.

Working with seven different agencies in Red Deer, the S.P.C.A. Adult Assisted Program Coordinator provides blocks of time at the facility for people with special needs to come with an aide for volunteer shifts. Six volunteer positions are available, including Cat Cuddling, Small Animal Socializers, and Kong Stuffing duties to name a few.

The program is truly win-win, with the animals receiving the unconditional love and care that they need, and the Assisted Volunteers receiving recognition for giving back to their community in a meaningful way. By providing this service, the S.P.C.A. improves the well-being of our community as a whole, showing compassion for the vulnerable—both human and animal alike. 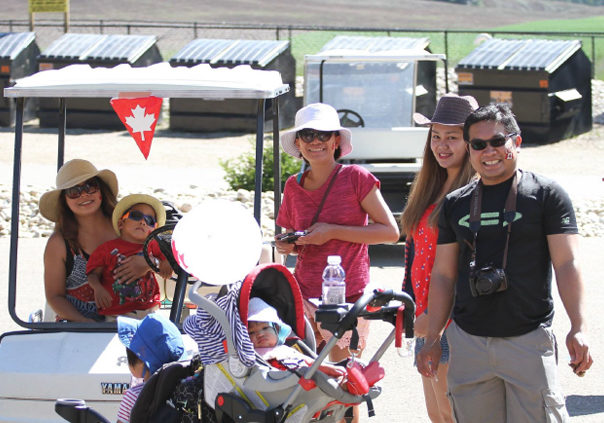 For those with a disability or special need, planning a relaxing getaway at an affordable cost can prove to be even more complicated than most of us will ever experience.

The Vacation without Limits Subsidy Program is designed to help the families with a limited income enjoy a relaxing vacation. The Cerebral Palsy Association in Alberta felt a strong need to create a program that would ensure that everyone has the opportunity to have a stress-free vacation without limits.

In 2009, the CPAA opened their Vacation Villa, a custom-built home in the Raymond Shore Resort on Gull Lake. The 950 square foot villa was designed with accessibility in mind and can accommodate individuals facing a variety of mobility issues. From a roll-in shower and portable lift, to a commode chair, pool lift, and paved pathways to the beach, this villa makes vacation dreams come true for all families with disabilities. 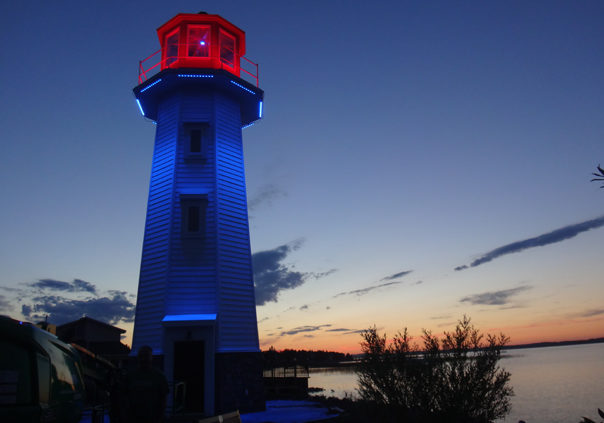